The “busy beaver” problem and its relation to math

One idea that has been circling in my mind for years is the posibility of proving mathematical theorems by showing that a particular program halt. Its straightforward to see that you can encode some mathematical theorems into programs that will stop if and only if the theorem is true. So if, by inspecting the program you somehow come to the conclusion it will have to stop under some condition then that would be equivalent of proving the mathematical theorem. Of course its not by any means obvious how to do this but it might turn out that its easier to prove the theorem in this other way.

Related to this idea is the “busy beaver” problem. The problem can be stated in the following way in terms of a Turing machine: given a Turing machine with a finite amount of states and a blank tape what is the halting program that can run the longest. More precisely, the busy beaver game consists of designing a halting, binary-alphabet Turing machine which writes the most 1s on the tape, using only a given set of states. The rules for the 2-state game are as follows:

A player should conceive a transition table aiming for the longest output of 1s on the tape while making sure the machine will halt eventually.

The busy beaver question is interesting because if you know what is the longest a program of a particular size can run for then you know how long you have to wait to see if any other program of the same size will halt or not. By encoding a mathematical theorem in a program of that size you know how long you need to wait to see if its true or not. This week there was a great article on Quantamagazine on this topic. Here are some interesting links and papers relating to this problem:

Escher and an 8-bit demo

This week I spent some time watching and reading about Escher’s fascination of tilings. I’ve been a fan of Escher for many years and love his art. I have a book which is called “MC Escher: his life and complete graphics work”. In it I learned that he had written a book called “The regular division of the plane”. It was commissioned to hime by the De Roos Foundation and was printed in a limited number of copies. In it he describred his process for the creation of the regular division of the plane and created some beatufiul woodcuts to help the reader. 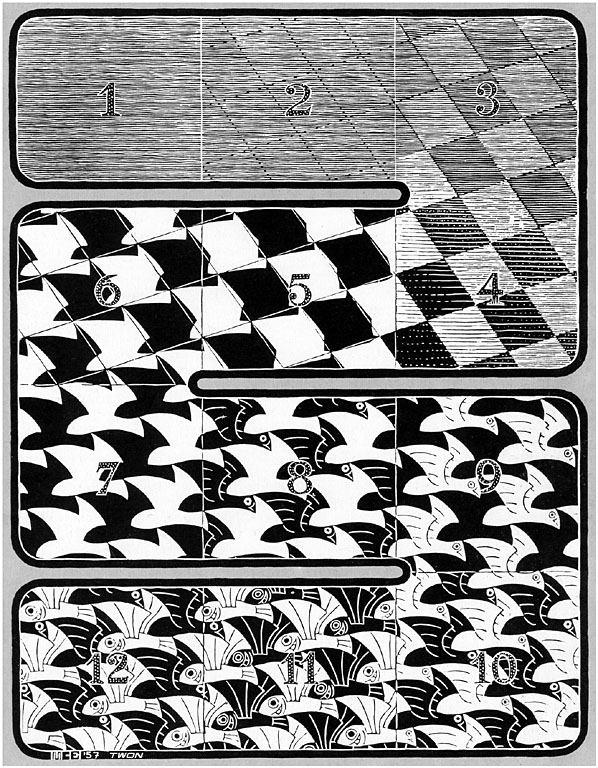 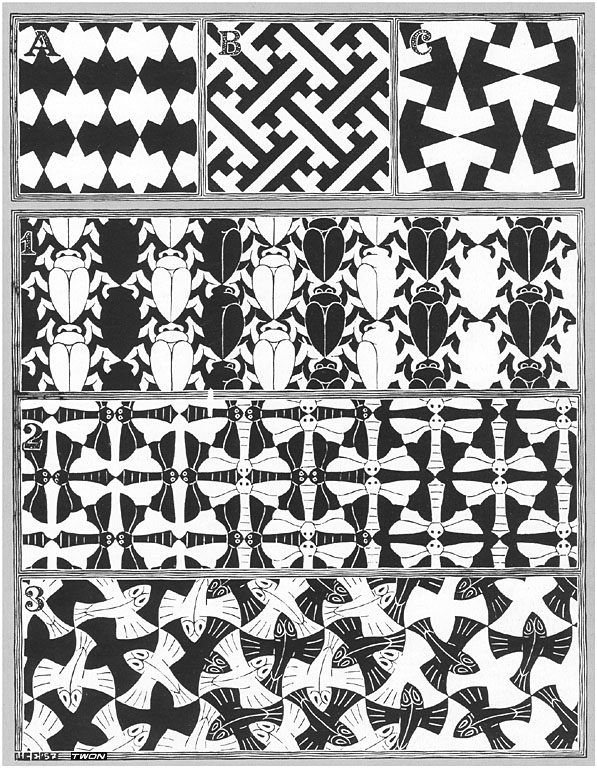 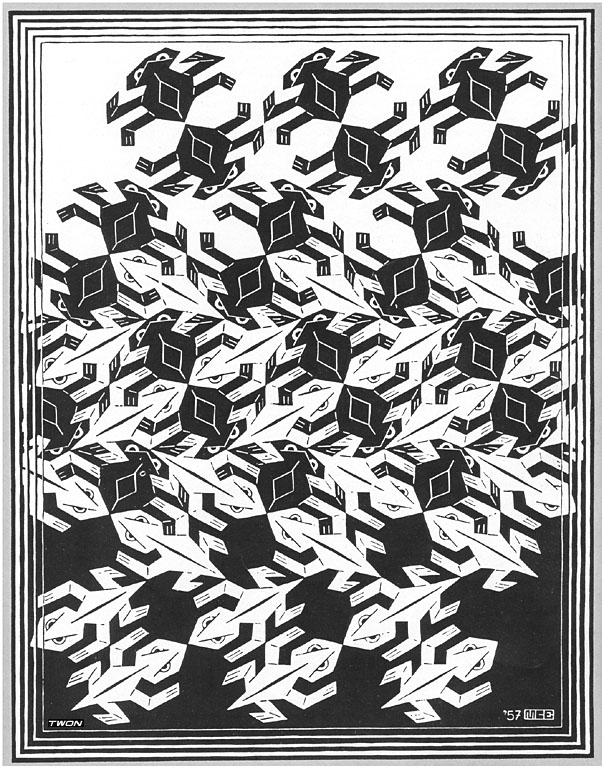 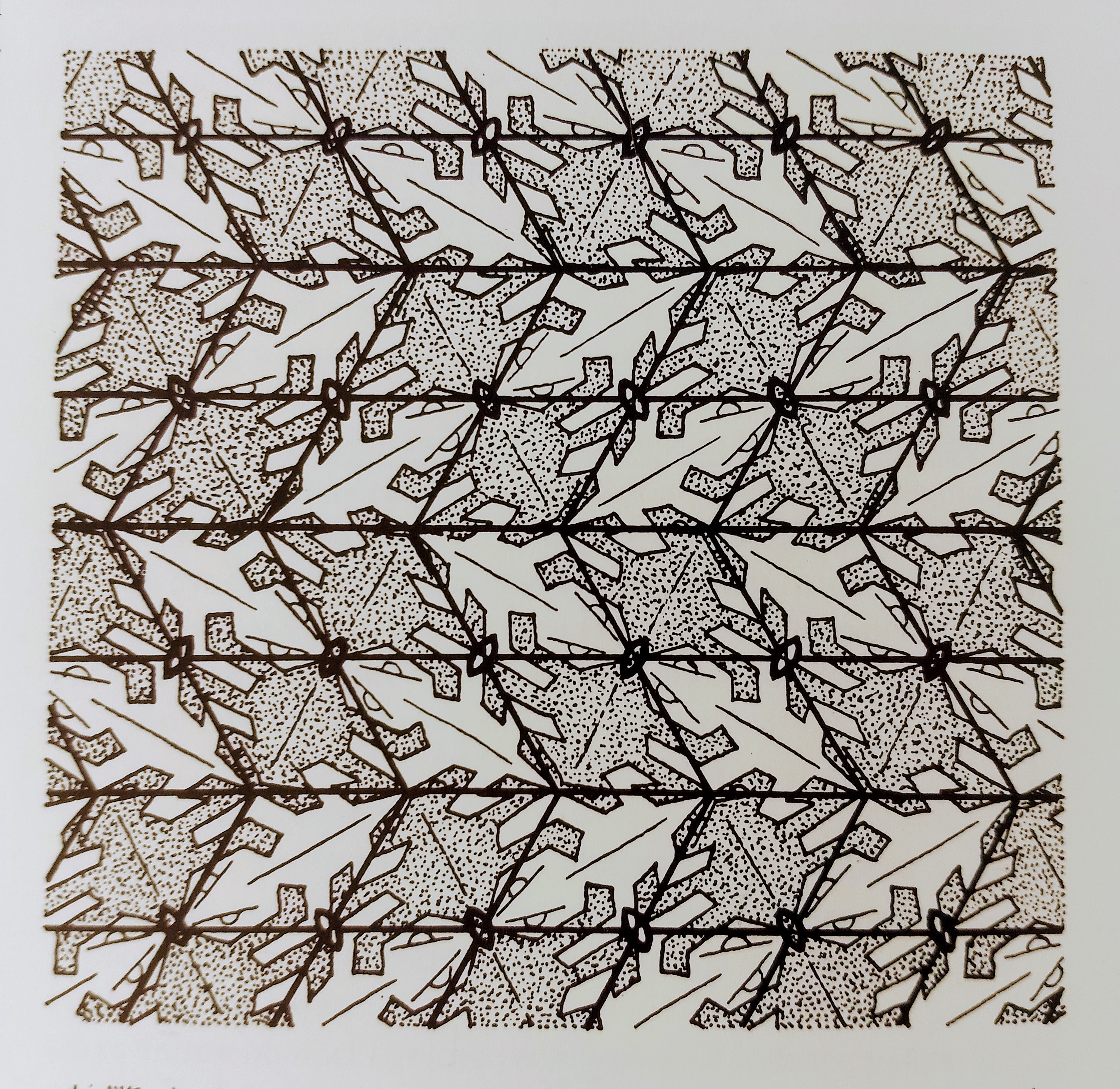 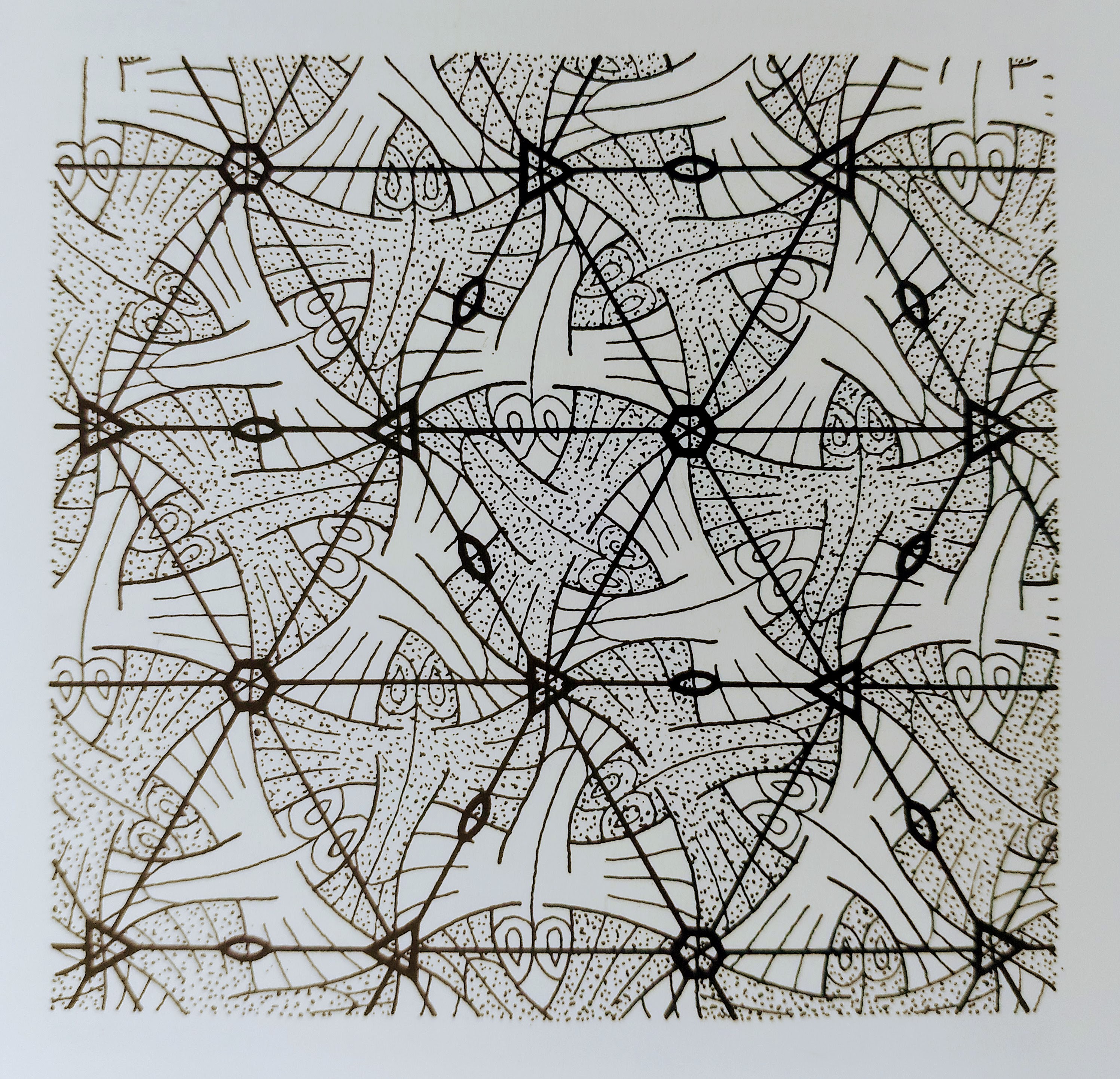 Inspired by his work I’m thinking about doing a demo for the Apple II by subdivision of the plane. I’ve already created some simple patterns and now I want to create more and combine them to make something inspire by woodcut I or by the famous “Metamorphosis II” print where the patterns combine one after the other: 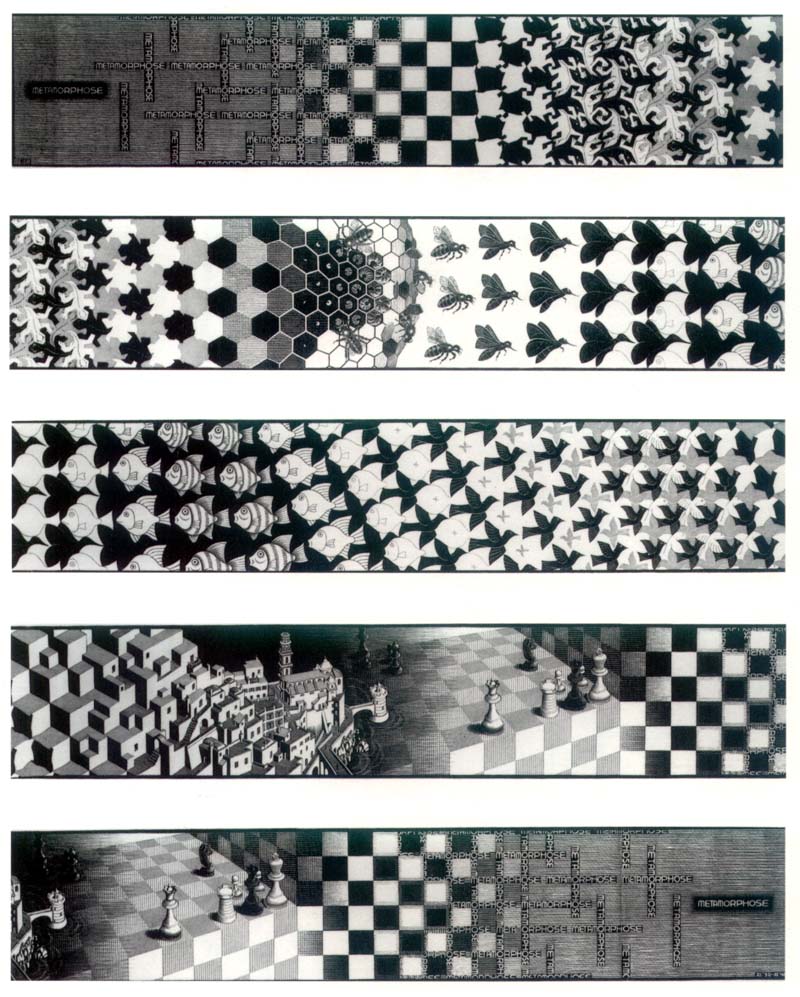 So far I’ve been working in a Jupyter notebook to create the base patterns and then try to combining in a way that looks nice. Here are some of the patterns: 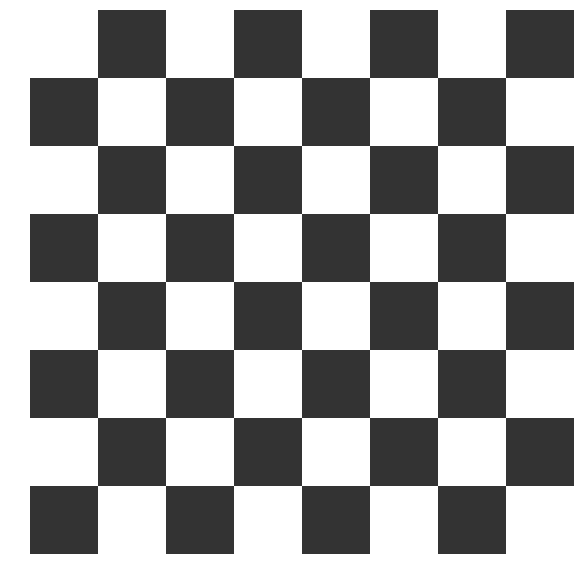 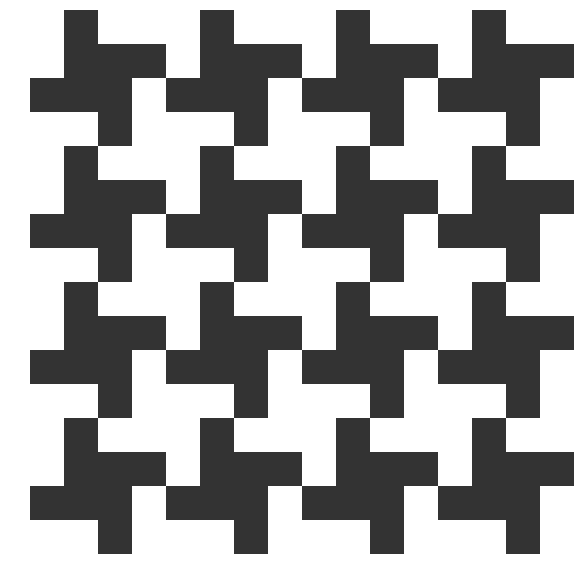 Pattern 3: 2 & 3 are from “Pattern in Islamic Art: Geometric Patterns & Borders” 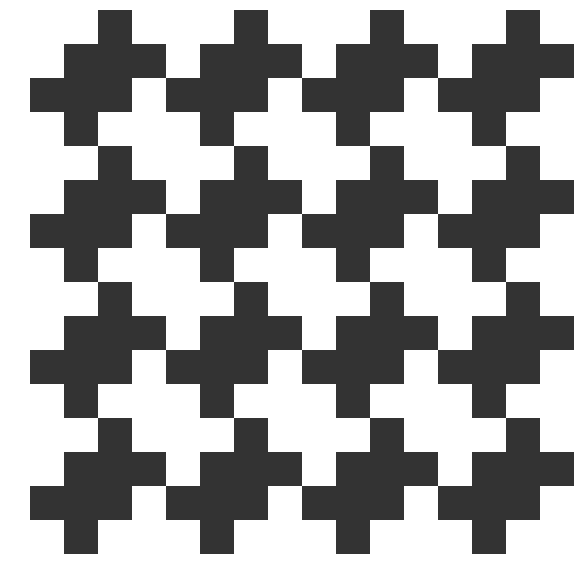 Pattern 4: don’t rememeber where I saw this 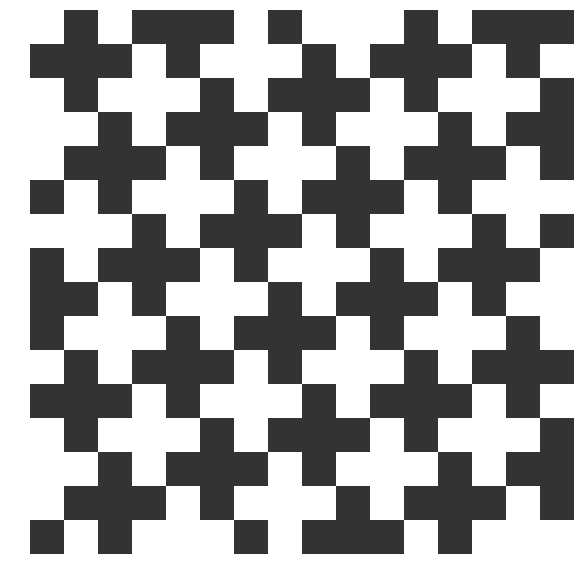 And here is one possible way to combine them:

Here’s the source-code for this experiment: 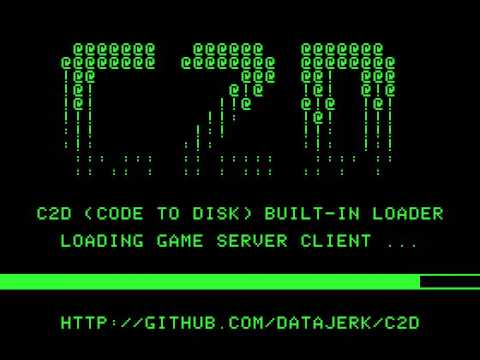 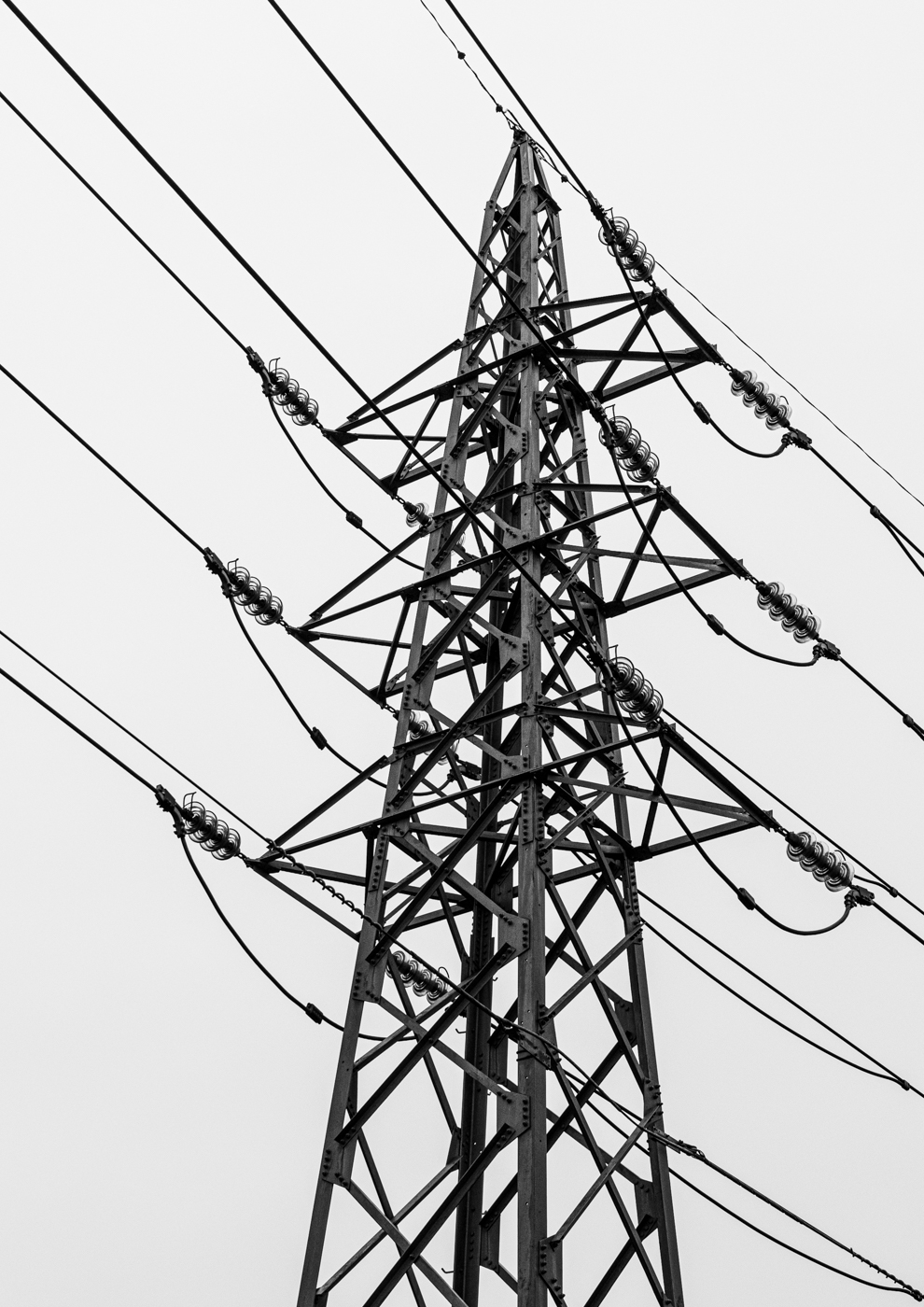 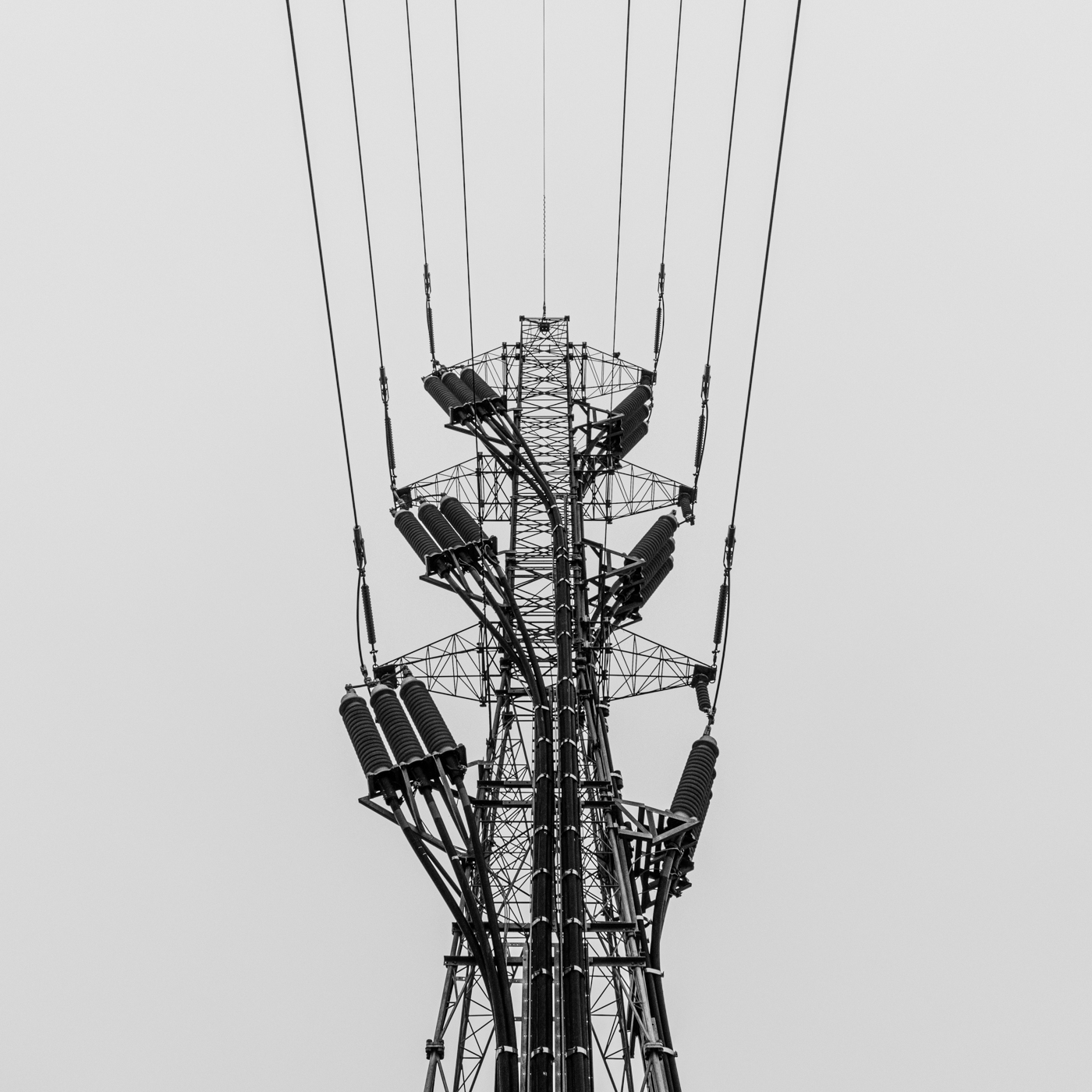 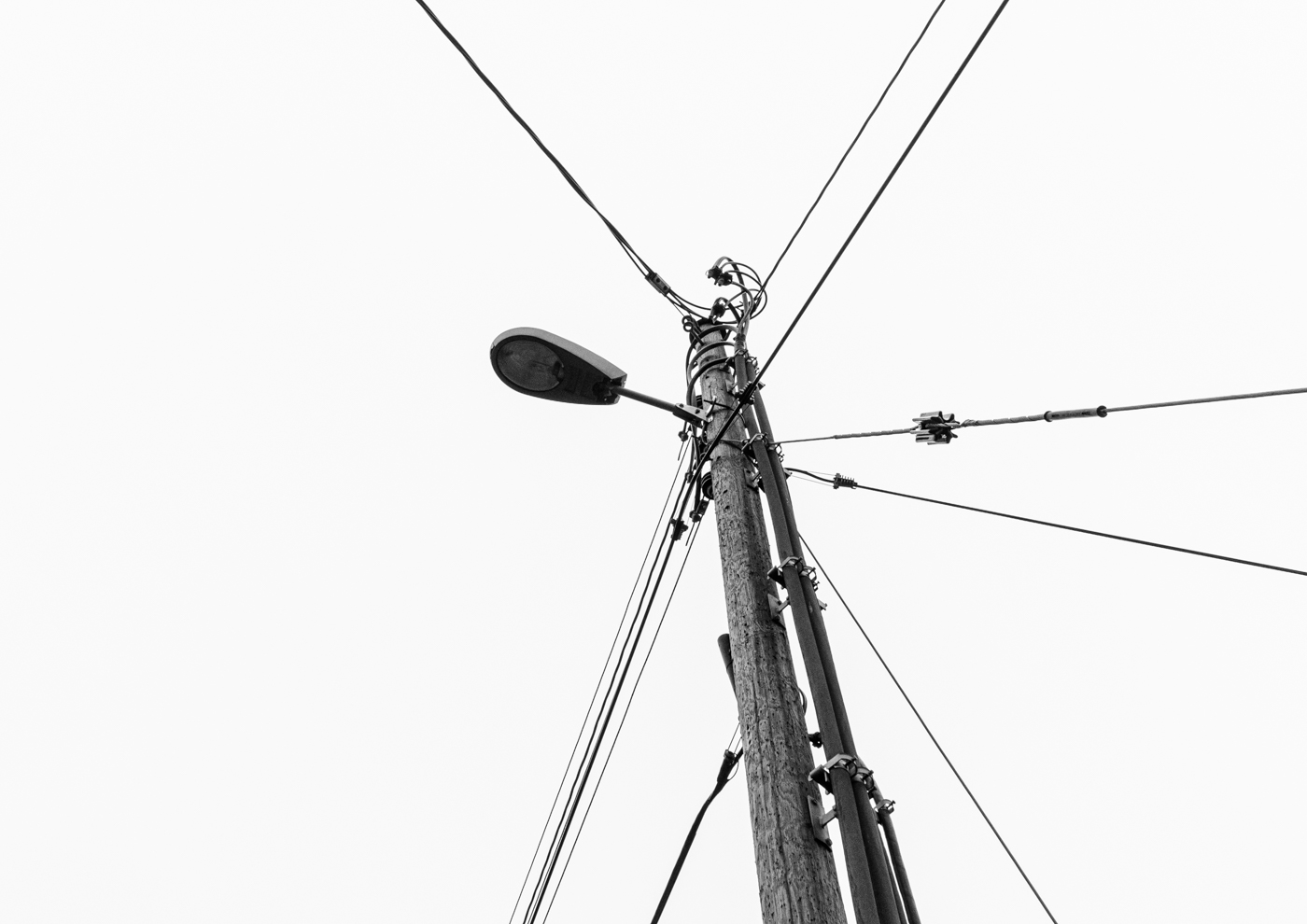 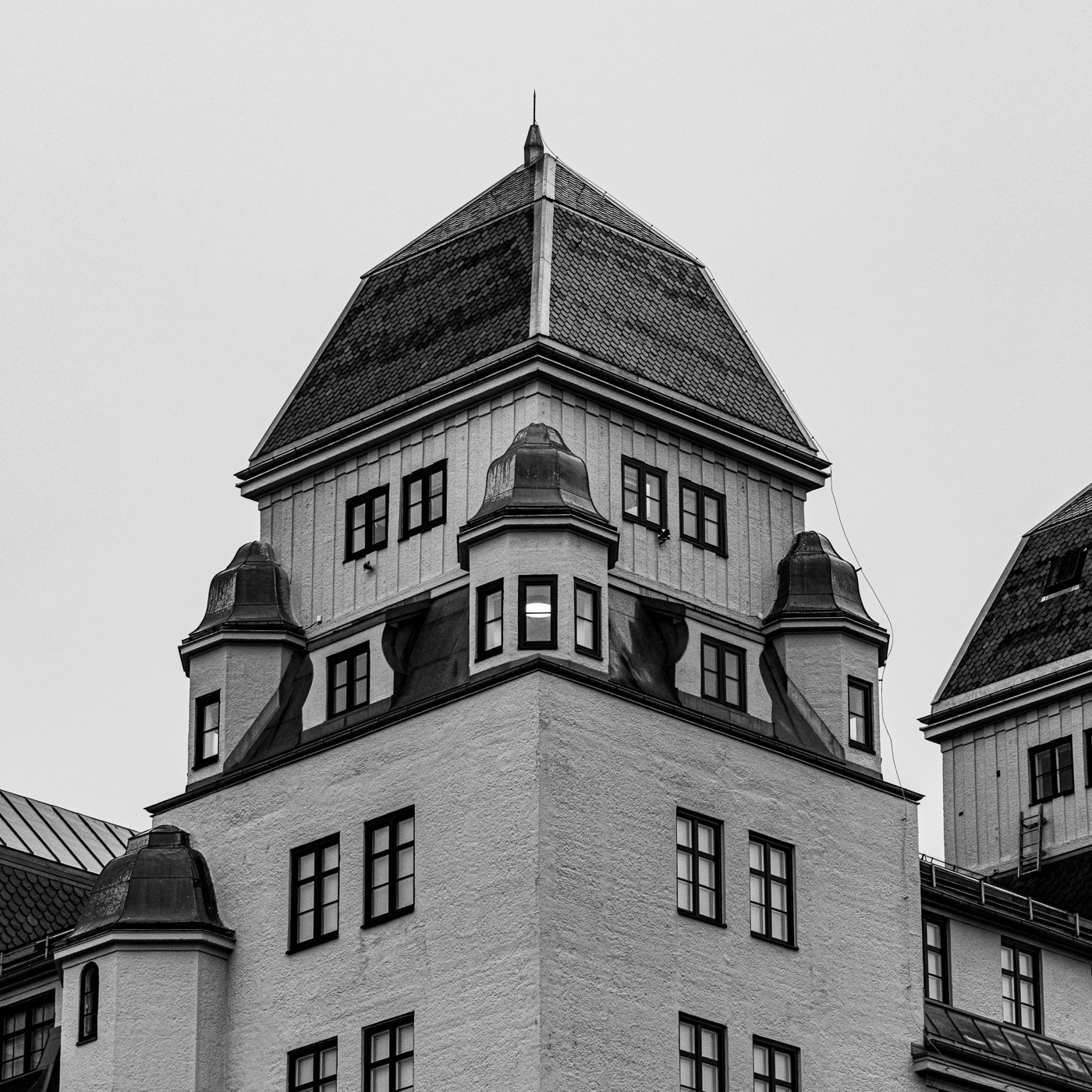 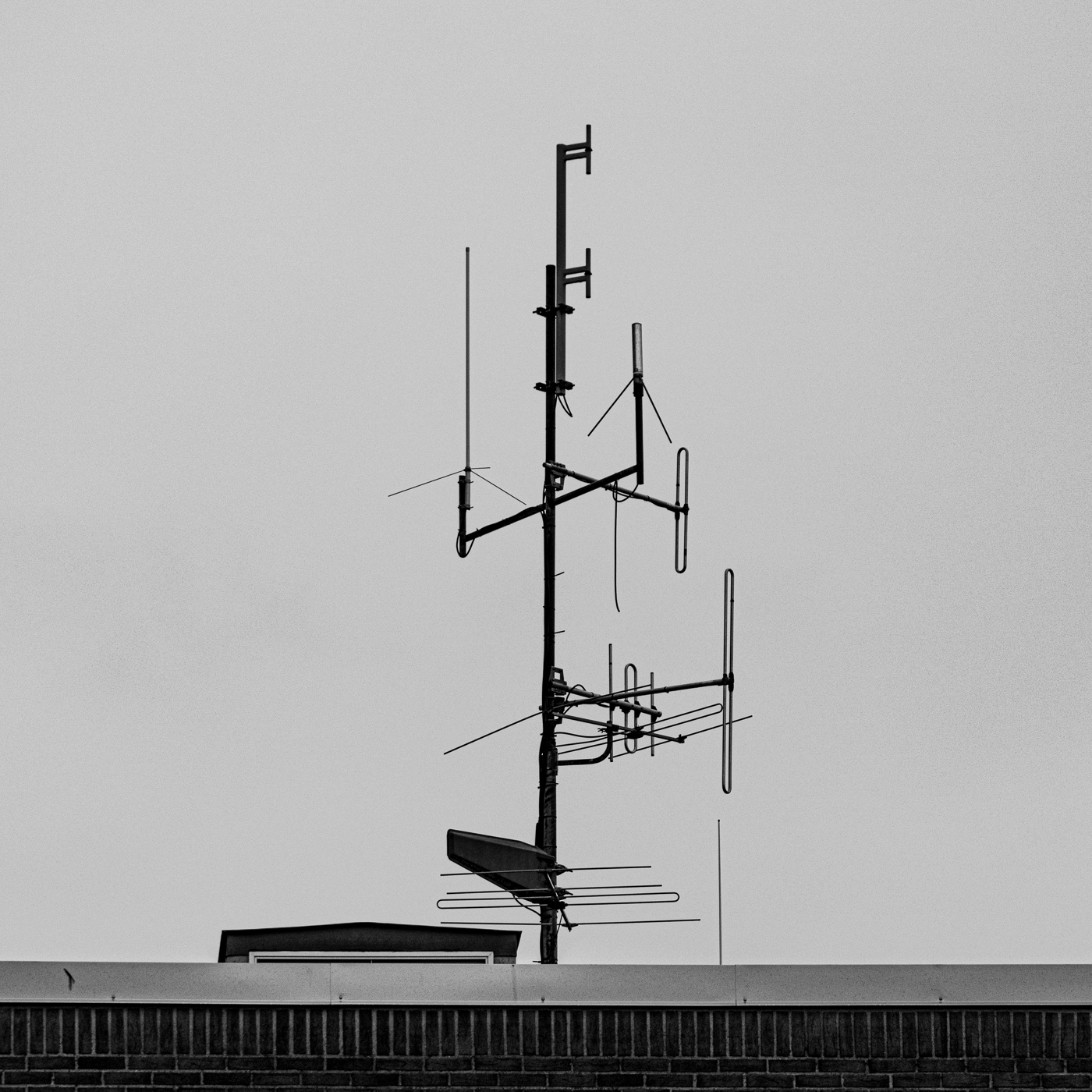 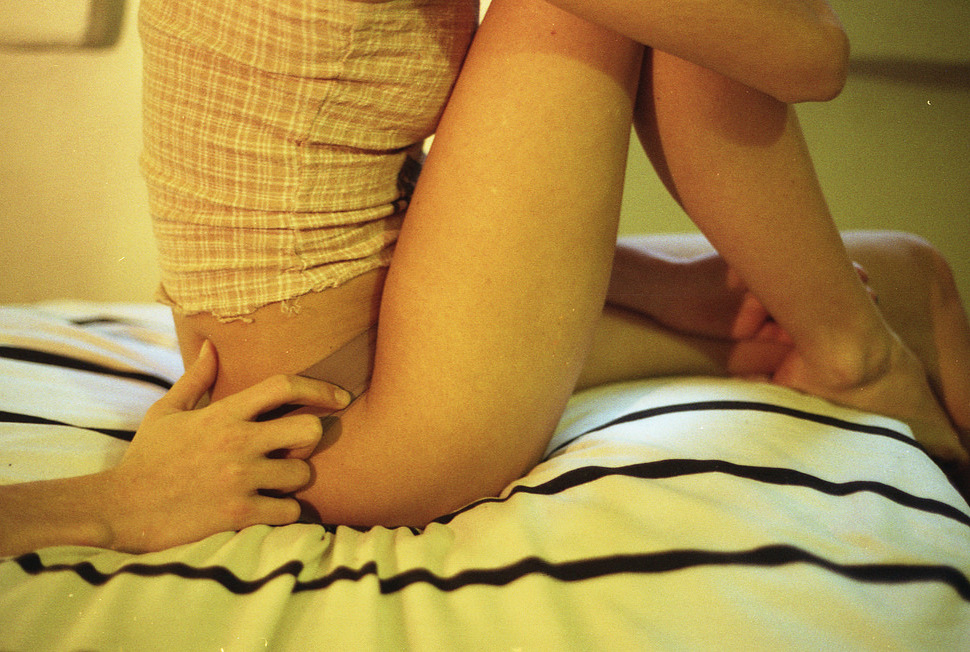 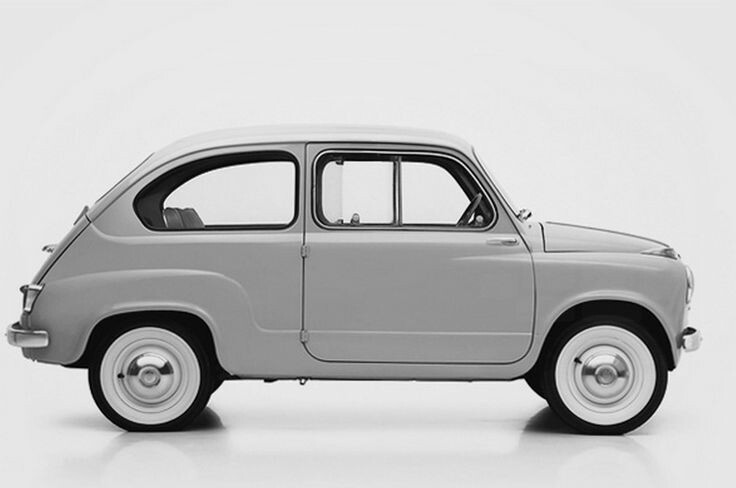 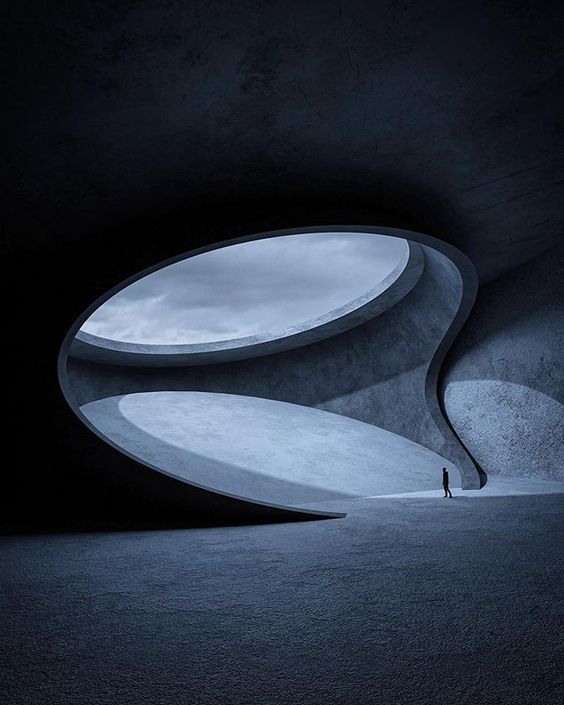 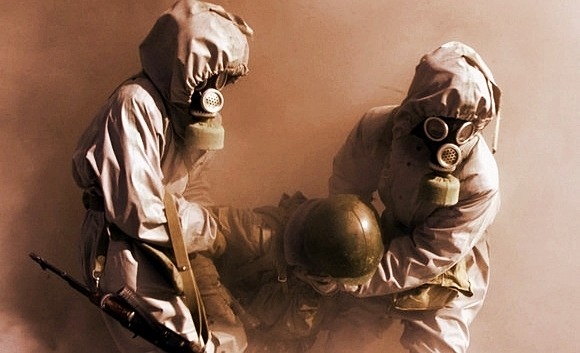 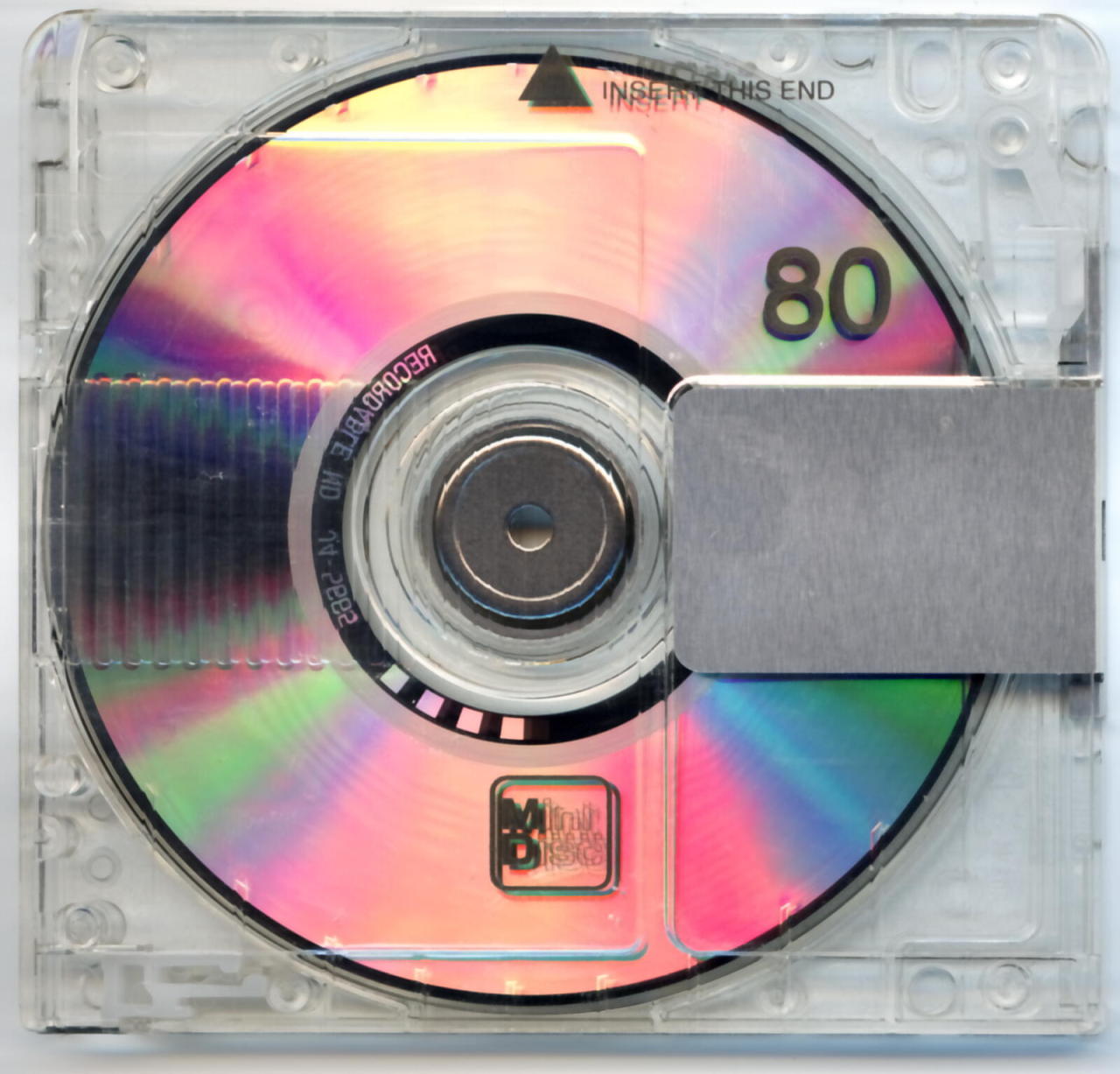 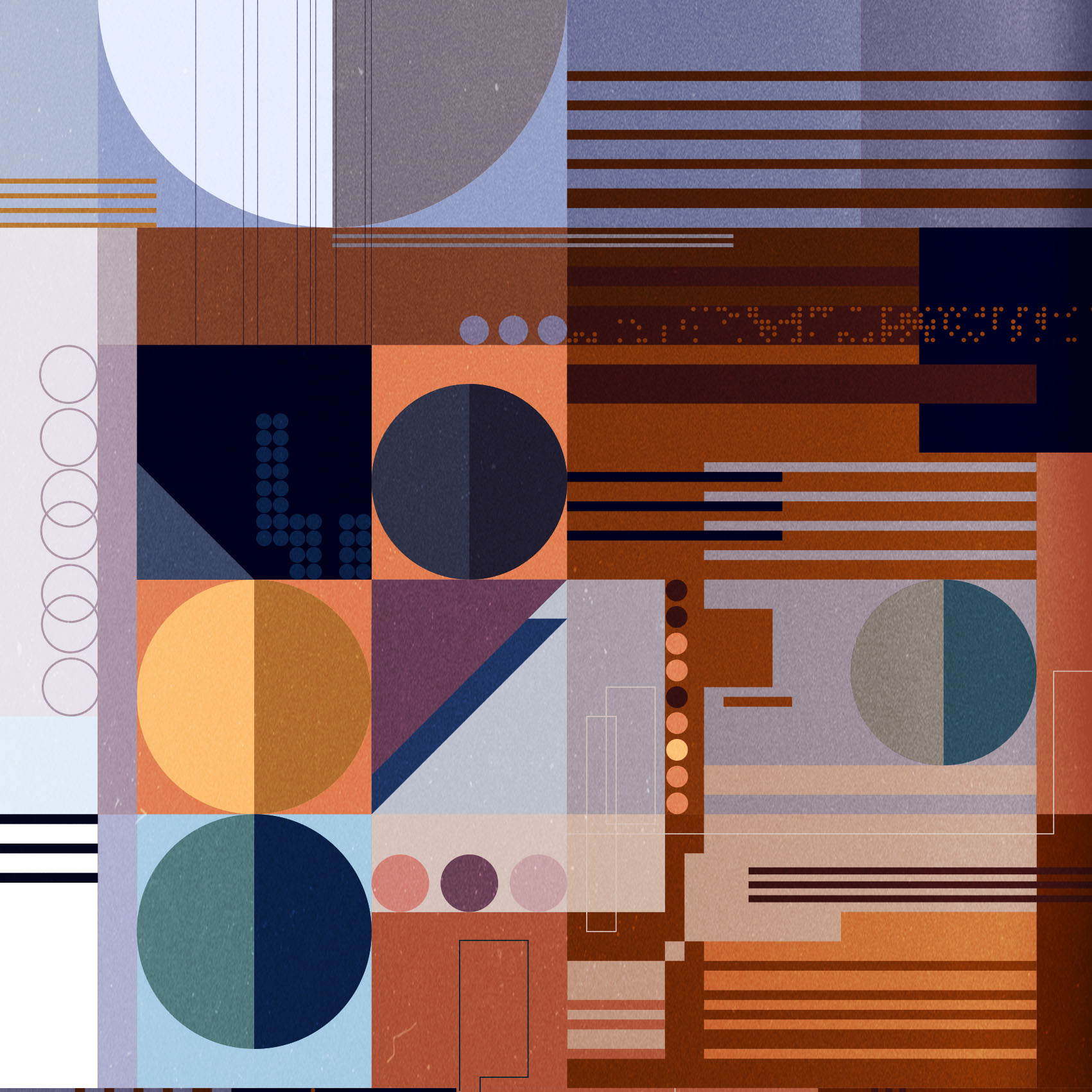 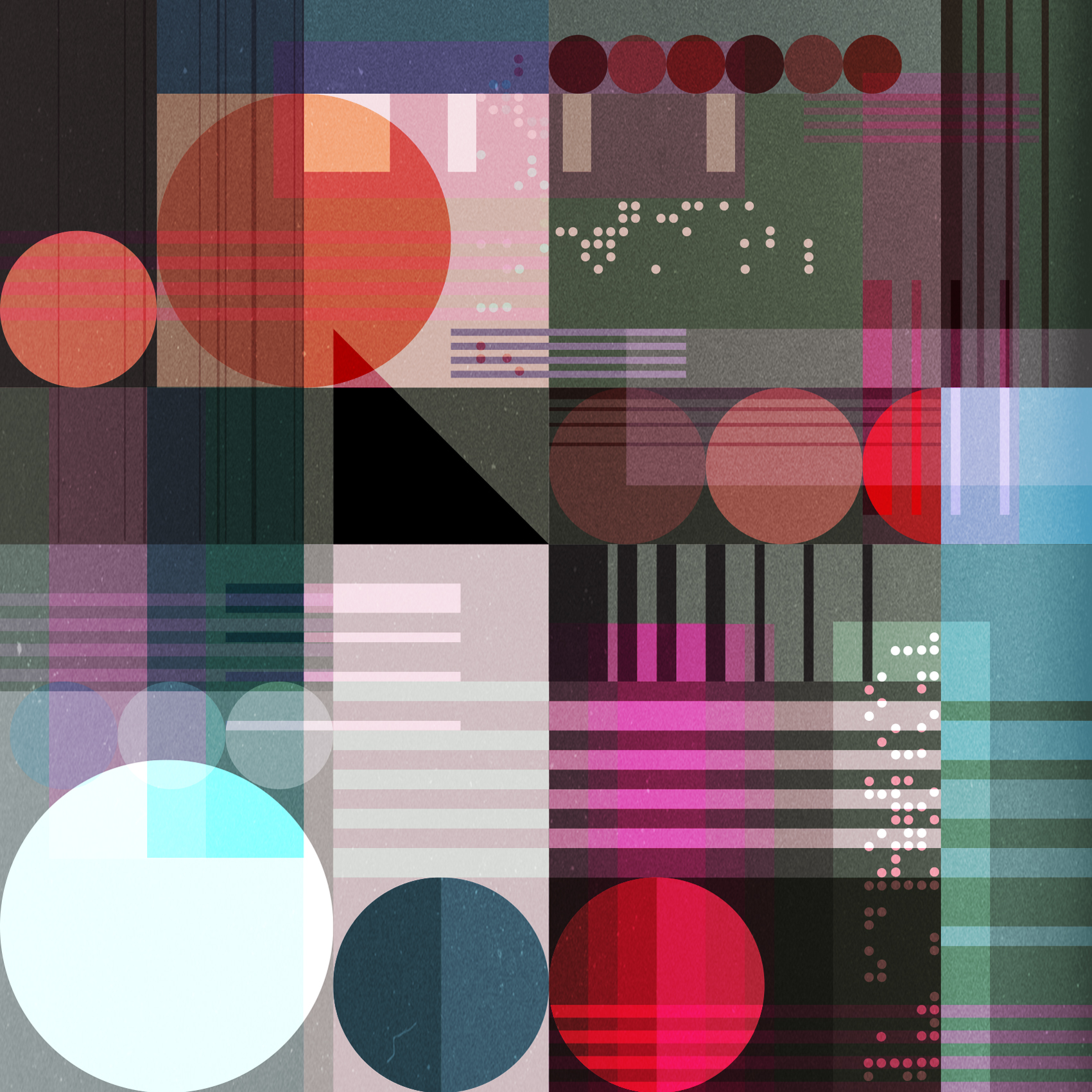