Stephen Wolfram is the creator of Mathematica, Wolfram|Alpha and the Wolfram Language; the author of A New Kind of Science; the originator of the Wolfram Physics Project; and the founder and CEO of Wolfram Research. Over the course of more than four decades, he has been a pioneer in the development and application of computational thinking—and has been responsible for many discoveries, inventions and innovations in science, technology and business. He recently did a long interview in YouTube and talks about his advances in the last year with regards to ‘A New Kind of Science’. Here’s the video: [youtube] 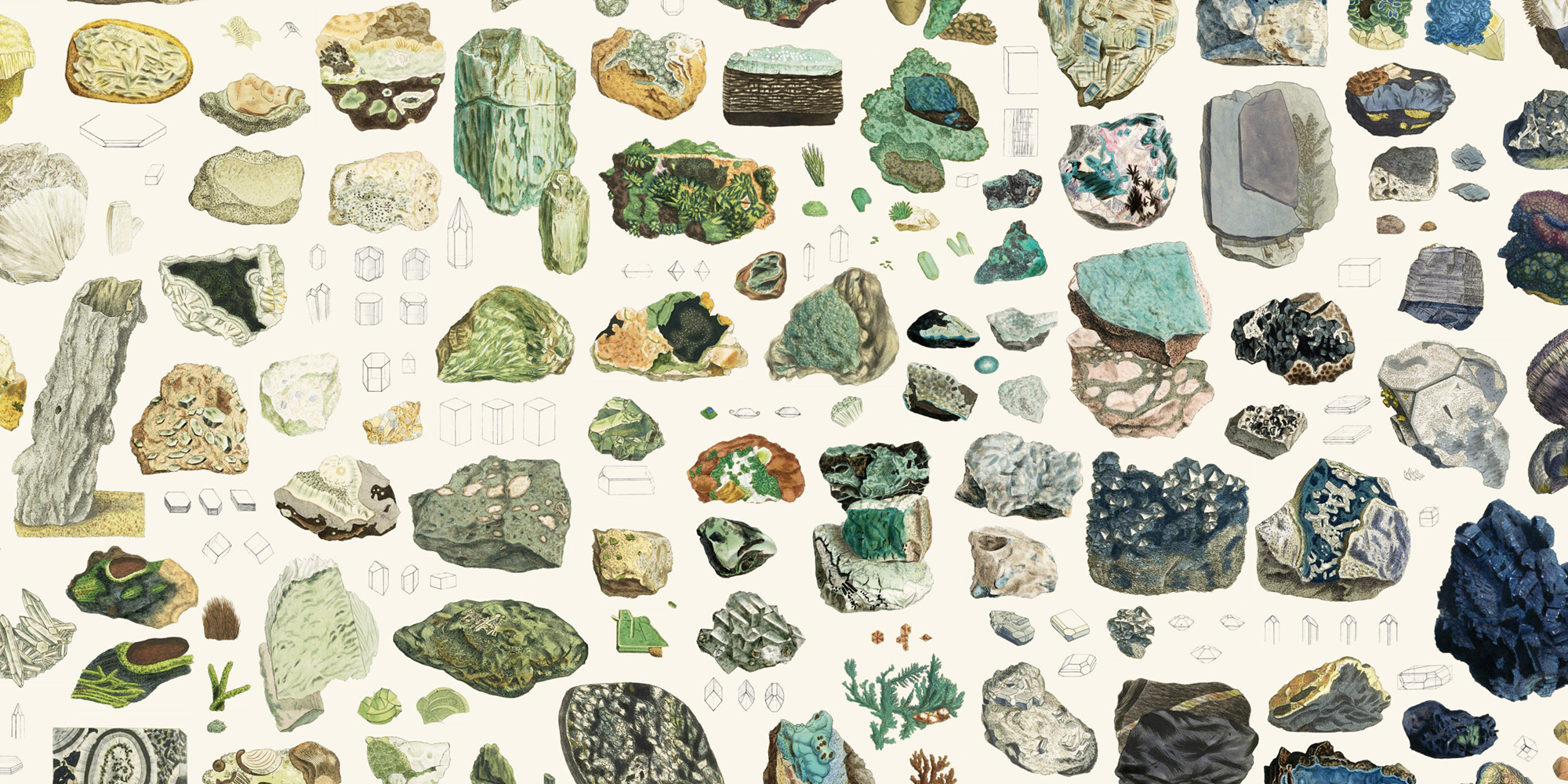 “British Mineralogy and Exotic Mineralogy comprise 718 illustrations by James Sowerby in an effort to illustrate the topographical mineralogy of Great Britain and minerals not then known to it. Sowerby’s plates are some of the finest examples of hand-drawn mineral illustrations ever created. The detail and care with which these illustrations were created is incredible and worthy of close examination. See the samples below.

Accompanying each illustration is a detailed descrpition, a list of similar names by other researchers, characteristics, and classification details.”

Nicholas Rougeux spent 4 months creating a digital collage of all the minera illustrations from the British Mineralogy and Exotic Mineralogy collection arranged by color! Here are som links to the project

A First Course in String Theory

String theory is one of those subjects in physics that is very difficult to even understand the general ideas. At least everytime I’ve asked a string thoerist to explain the ideas I’ve never gotten an easy answer. While looking at the University of Buenos Aires Physics departmente You Tube channel I found a course on string theory. In the first class Carmen Nuñez recommended a book called “A First Course in String Theory” by Barton Zwiebach. She also recommended lecture notes by David Tong. See the links below.